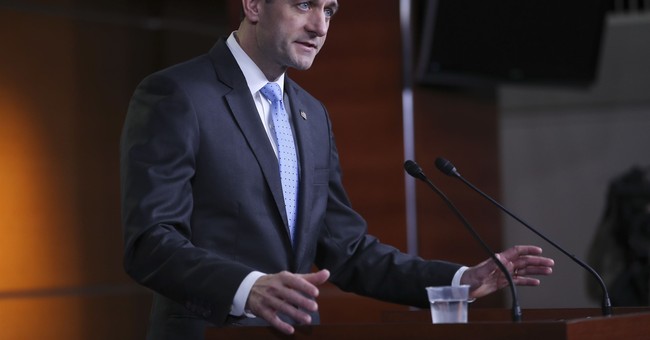 The Senate held a moment of silence Thursday for the victims of the mass shooting at Marjory Stoneman Douglas High School in Parkland, FL. Seventeen people died and over a dozen others were injured after a former student opened fire with an AR-15 on Wednesday.

Unfortunately, the same somber recognition did not go as planned in the House of Representatives. The moment of silence was postponed after protests erupted in the chamber over a vote on the ADA Education and Reform Act of 2017. The legislation, which adds more guidelines for individuals wishing to sue businesses over perceived discrimination, passed the House 225-192. Protesters, some of whom were in wheelchairs, loudly objected to the vote, claiming it will allow employers to discriminate against the disabled.

"Hands off ADA!" some people yelled.

Another factor that may have led to the postponement was that Rep. Ted Deutch (D-FL) was not going to be present for the moment of silence. He is in Parkland, yet he urged his colleagues to consider debating gun legislation.

While I am home in Parkland the House will pause for a moment of silence. I appreciate the thoughts & prayers of my colleagues. I would also appreciate an open-minded willingness to work with me on gun violence legislation when I return to Washington.

Still, the House is scheduling the moment of silence for the week of Feb. 26. Speaker Paul Ryan has also ordered the U.S. Capitol flags to be lowered at half staff.