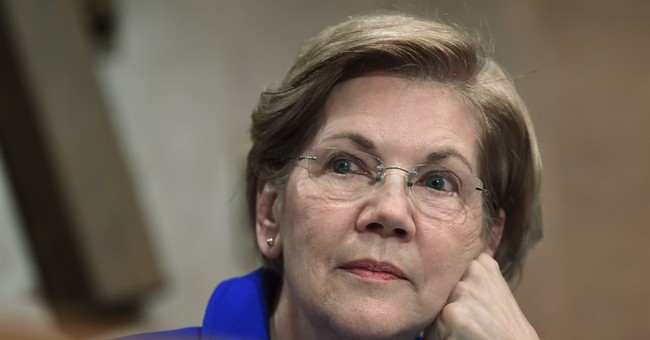 Massachusetts Sen. Elizabeth Warren (D) has long failed to overcome the controversy surrounding her supposed Native American heritage. During her 2012 Senate run, it was revealed that Warren once claimed that her family had Cherokee blood. She mentioned her heritage to administrators at the University of Pennsylvania and Harvard, a move her critics charge was intended to improve her chances of employment. Yet, PolitiFact found that she had "zero documentary evidence to back it up" those claims about her family tree.

During a surprise appearance at the National Congress of American Indians Wednesday morning, Warren directly addressed the mockery.

“The story they lived will always be a part of me,” she said, according to a copy of her remarks. “And no one—not even the president of the United States—will ever take that part of me away.”

“The joke, I guess, is supposed to be on me,” she continued. “I get why some people think there’s hay to be made here. You won’t find my family members on any rolls, and I’m not enrolled in a tribe. And I want to make something clear. I respect that distinction. I understand that tribal membership is determined by tribes—and only by tribes.”

Trump wasn't the only one to poke fun at Warren's self identification. "The Daily Show" host Trevor Noah had some fun at her expense during one of his December tapings.

Warren told her audience Wednesday that she is going to use all the attention to try and raise awareness for their cause.

“So I’m here today to make a promise: Every time someone brings up my family’s story, I’m going to use it to lift up the story of your families and your communities,” she pledged.

You can read her whole speech here.