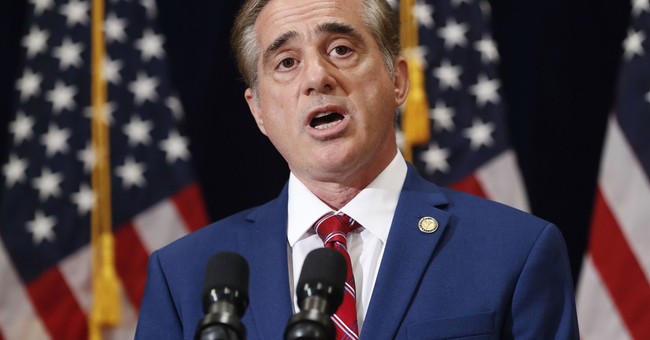 VA Secretary David Shulkin and his wife enjoyed some tennis matches at Wimbledon last year during a trip through Europe. The problem? Taxpayers reportedly footed the bill. Shulkin, the only holdover in Trump's cabinet from the Obama administration, is accused of improperly accepting the sports tickets and thousands of dollars in flights during a trip that was supposed to be for a veterans affairs summit.

Shulkin and his wife, Merle Bari, took the 10-day trip with a few other VA executives and a security detail. It was scheduled for official business, but it quickly turned into a "sightseeing" trip, according to USA Today's reporting.

His chief of staff, Viveca Wright Simpson, made false representations to a VA ethics lawyer and altered an official email to secure approval for taxpayer funding of Shulkin’s wife’s flights, which cost more than $4,000, the VA inspector general found.

Shulkin told ethics officials the tennis tickets were provided by a personal friend, Victoria Gosling, an adviser for the Invictus Games, a sporting event for wounded warriors. But the inspector general concluded that was not the case, they had only met three times at official events, and when interviewed by investigators, Gosling couldn’t remember his wife’s name.

Shulkin denied the allegations, telling Inspector General Michael Missal that it's “outrageous" that he would "portray my wife and me as attempting to take advantage of the government.”

But, he will comply with the IG's request to reimburse the VA.

GOP lawmakers are now calling for him to resign.

Both the House and Senate Committees on Veterans Affairs expressed their disappointment.

“Over the last year, we have been privileged to work closely with Dr. Shulkin on many pieces of legislation to improve the lives of veterans," the committees wrote in a statement. We believe that public officials must be held to a higher standard, and whether intentional or not, misusing taxpayer dollars is unacceptable. We are still reviewing the full report, but after our briefing from VA Inspector General Mike Missal, we are disappointed by the details described in the IG report regarding the trip taken by Dr. Shulkin and other VA officials, and we hope that the secretary will fully address the IG’s findings. We need to continue the progress we have made and not allow distractions to get in the way of helping our veterans. We’re counting on Dr. Shulkin to actively address all of the allegations outlined in this report. Our veterans deserve no less.”

Treasury Secretary Steven Mnuchin is also in the hot seat for using some expensive aircraft. Seven of his trips cost $800,000. Then there was former HHS Secretary Tom Price, who resigned over his own controversial travel logs.