Nunes: We're Moving on to a State Dept Investigation 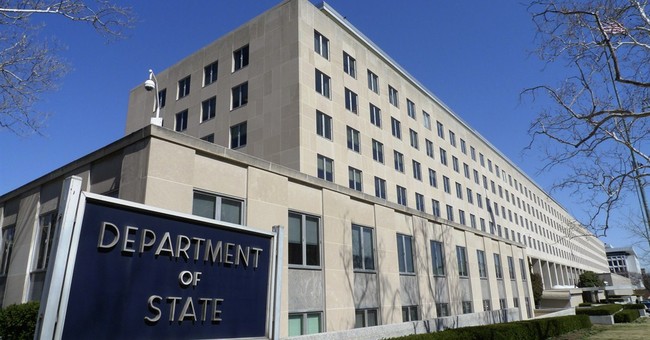 With the House Intelligence Committee memo detailing FISA violations at the FBI behind him, Chairman Devin Nunes says his colleagues are already moving on to a State Department probe. Consider it Phase Two of their effort to weed out bias in the government agencies.

"We are in the middle of what I call phase two of our investigation, which involves other departments, specifically the State Department and some of the involvement that they had in this," Nunes told Fox News's Bret Baier Friday.

"That investigation is ongoing and we continue work towards finding answers and asking the right questions to try to get to the bottom of what exactly the State Department was up to in terms of this Russia investigation."

In the first memo released Friday, Intelligence Committee Republicans revealed that the FBI had spied on members of the Trump campaign during the 2016 presidential election. Law enforcement officials sought warrants against Trump's foreign policy advisor Carter Page by using the unsubstantiated dossier linking the campaign to the Kremlin.

Top Republicans defended the four-page document's declassification. It is necessary to hold the agency accountable, according to House Speaker Paul Ryan. In no way, he said, is it trying to impede the special counsel investigation into Russian collusion.

Still, Democrats have condemned it as a misleading piece of fiction that does not contain proper context. They are planning on releasing their own version.

President Trump has accepted the Republican memo as fact and is suggesting it vindicates him from any rumors of Russian collusion. He again distanced himself from Speaker Ryan and other Republican leaders, however, by completely dismissing the special counsel probe.