Manchin Acknowledges We Need a Wall...And Schumer Will 'Come Around' 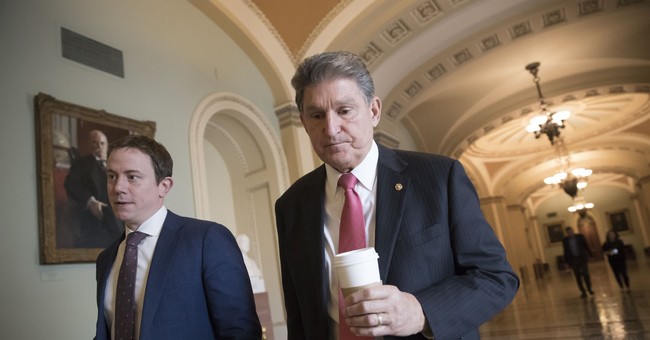 Some Democrats refuse to even to say the word "wall" when it comes to border security. Others, like Senate Minority Leader Chuck Schumer, toy with the idea and even offer compromises to fund the wall in exchange for DACA rights, only to take the offer back when they face heat from progressive activists.

Then there are Democrats like Sen. Joe Manchin (WV), who admit there's no getting around it - we need the wall.

"We've got to repair some of the wall that we have and we've got to build some new wall," he added. "We need technology, we need border agents, we need to check our mail.

Schumer "did not" take the wall off the table, despite what media is reporting, Manchin said.

"Chuck will come around."

Anyone who won't even meet on the issue because of their politics "might be in it for the wrong reasons."

Trump has told the Democrats in no uncertain terms that there will be no deal for Dreamers without a border wall.

However, he seemed to offer some leeway Wednesday when he told West Wing reporters he'd be open to giving younger DACA recipients citizenship in 10-12 years.

The fight over DACA resulted in last weekend's government shutdown.