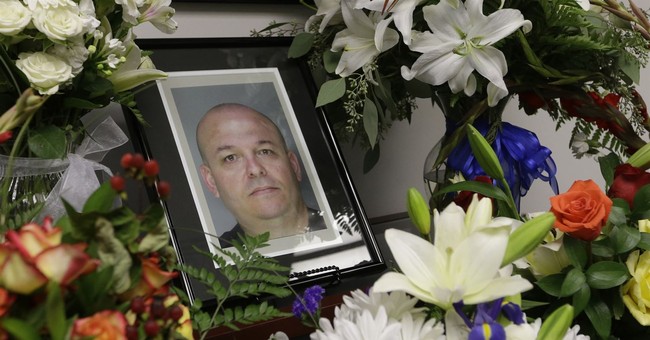 Luis Enrique Monroy Bracamontes, 37, is the illegal immigrant currently on trial for killing two Northern California sheriff's deputies in 2014. His trial began on Tuesday and his behavior proved that he was not remorseful even the least.

He was proud of his murders. If he had the chance, he'd do it again.

"I wish I had killed more of the motherf***ers," Bracamontes said in the courtroom. "I will break out soon and I will kill more, kill whoever gets in front of me...There's no need for a f***ing trial."

The two slain officers, Detective Michael Davis Jr. and Deputy Sheriff Danny Oliver, were killed in a shootout that started at a Motel 6 parking lot in October 2014.

Sacramento Superior Court Judge Steve White temporarily removed the jury and warned Bracamontes to stop his shocking courtroom antics. His defense lawyers tried to get the judge to reconsider their client's mental capacity.

“We believe Mr. Bracamontes’ outbursts, his laughter, are a function of his mental illness,” public defender Jeffrey Barbour said.

"Illegal alien: call it what it is," she fumed.

“I can’t believe the state of California is protecting these illegal aliens” –Aunt of fallen Deputy reacts to lack of remorse by his illegal immigrant killer pic.twitter.com/Om1v43ohAM

If convicted, Bracamontes may get the death penalty. Owens said she hopes to be there "to watch him draw his last breath."