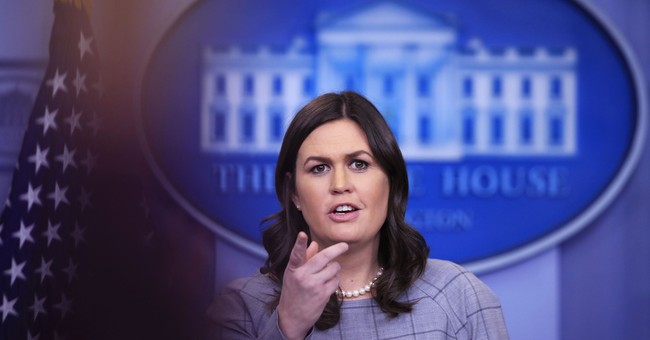 Over the weekend, Politico published a piece suggesting that President Trump's national security team has no clue what it's doing. The false alarm missile warning in Hawaii exposed the administration's not ready for primetime players, reporter Eliana Johnson suggested after speaking with senior administration officials.

“The U.S. government hasn't tested these plans in 30 years," Johnson wrote in her hot take. "All the fresh faces sitting around the table in the situation room have little idea what their roles would be in this scenario.”

Considering the experienced team that is in place at the Pentagon, Press Secretary Sarah Huckabee Sanders would have to disagree.

Mattis is a decorated former United States Marine Corps general. Time and again he's proven that he's all business. Any time the press has tried to distract him from his goal in defeating ISIS to trash talk the president, he has declined - in epic fashion. Whether it's refusing to weigh in on the NFL protests (no thanks, I'm here to defend the country), or pondering what concerns him in the following year (he doesn't have concerns, he creates them), Mattis is a no nonsense defense secretary.

CBS's John Dickerson: "What keeps you up at night?"

Mattis: "Nothing, I keep other people up at night."

Iraq has regained control of its cities and its border with Syria, but the news received little fanfare. ISIS's defeat is one of 2017's most underreported stories, Huckabee Sanders has said in recent weeks.