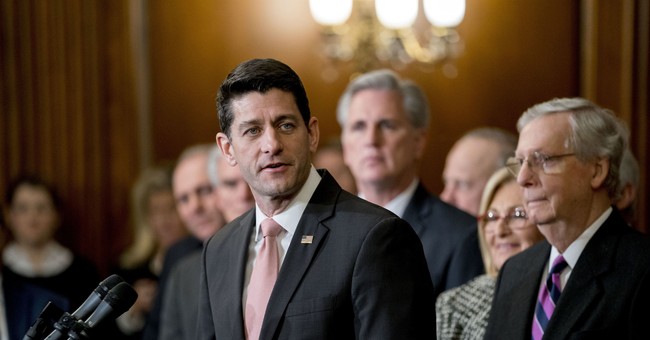 The House of Representatives has reauthorized Section 702 of the Foreign Intelligence Surveillance Act for six years. Section 702 permits the collection of information on Americans if they are communicating with foreign individuals who are under surveillance.

The White House supports the bill, but President Trump raised concerns about it Thursday morning, wondering whether FISA had anything to do with the controversial dossier that tried to link him and his winning presidential campaign to the Kremlin.

“House votes on controversial FISA ACT today.” This is the act that may have been used, with the help of the discredited and phony Dossier, to so badly surveil and abuse the Trump Campaign by the previous administration and others?

It spooked some Republicans and it led to a phone call between the president and House Speaker Paul Ryan. Ryan appeared to have convinced Trump on the merits of the legislation, for the president tweeted a second message voicing his support.

With that being said, I have personally directed the fix to the unmasking process since taking office and today’s vote is about foreign surveillance of foreign bad guys on foreign land. We need it! Get smart!

Another fan of the FISA bill is former FBI Director James Comey, who called the law a "vital and carefully overseen tool to protect this country."

At a press conference following the vote, Ryan cleared up Trump's tweets.

"He has concerns about the domestic FISA law," the speaker explained, not the 702 bill.

The president "knows" that's not what today's vote was and he clarified his position.