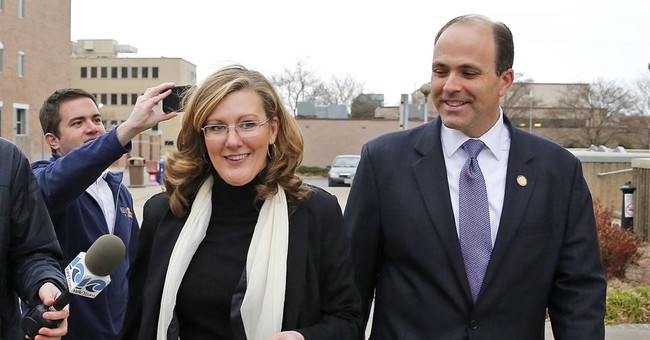 The drawing for the winner of the House of Delegates race in the Virginia's 94th district has gone to the Republican Del. David Yancey. His name was drawn out of a glass bowl.

"Today we have witnessed an unprecedented event," Virginia State Board of Elections Vice Chair Clara Belle Wheeler declared after the vote.

The last time a drawing was done in Virginia was back in 1971. However, today's vote was even more significant because it will also determine the speaker of the house and committee assignments.

"This has never been done before," Wheeler added. "Every vote is important."

Democrat Shelly Simonds demanded a recount after initial results gave the race to Yancey. The recount went her way, by one vote. But, after the board could not certify the results, the race went back to a tie, both candidates stuck at both have 11,608 votes. Per Virginia law, the result had to be determined by a random drawing.

Republicans hold a slim 51-49 majority. Simonds may still push for another recount.

A race in Fredericksburg, VA has also been contested after several voters were given the wrong ballots. A hearing is set for Friday.