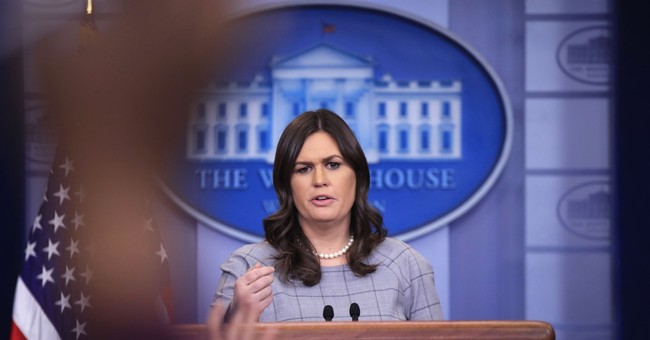 White House Press Secretary Sarah Huckabee Sanders has informed White House staff and visitors that their personal cell phones will no longer be permitted in the West Wing.

White House Press Secretary Sarah Sanders issues statement saying "all personal devices for both guests and staff will no longer be allowed in the West Wing." pic.twitter.com/r2P1fzfMem

Media pundits are musing whether this decision was made due to author Michael Wolff's bombshell book which quoted former White House Chief Strategist Stephen Bannon. The few released excerpts featured Bannon unloading on Donald Trump Jr. and other Trump associates for thinking it was a good idea to meet with Russians during the presidential campaign to get dirt on Hillary Clinton.

President Trump was not amused and said Bannon had "lost his mind." A Trump lawyer has also threatened to take legal action against his former chief strategist.

JUST IN: Lawyer representing President Trump has sent a letter to Michael Wolff and his publisher demanding they "immediately cease and desist from any further publication, release or dissemination" of his book

The White House had reportedly been considering the personal device ban since November, when leaks were becoming a serious problem. Yet, officials said the ban would be enforced to address security concerns.

The proposed ban is instead driven by cybersecurity concerns, the officials said. One official said that there are too many devices connected to the campus wireless network and that personal phones aren’t as secure as those issued by the federal government. White House Chief of Staff John Kelly -- whose personal phone was found to be compromised by hackers earlier this year -- is leading the push for a ban, another official said.