Trump: Why Are We Still Offering Aid to Palestinians Who Don't Want Peace? 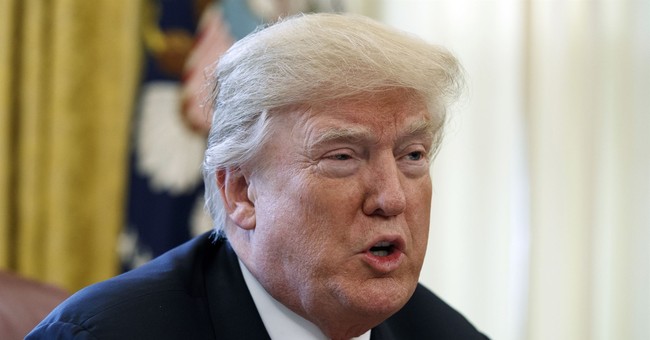 The peace talks between the Israelis and the Palestinians are going nowhere, President Trump reiterated on Twitter Tuesday night. Clearly, he believes one side deserves more blame than the other. If the Palestinians don't show some interest in coming to a truce, Trump is ready to cut their aid.

Last month, Trump announced the U.S. would be moving its embassy in Israel from Tel Aviv to Jerusalem. Over 100 United Nations members voted to condemn the move - a vote that U.S. Ambassador to the UN Nikki Haley said they wouldn't soon forget.

Before Trump's Tuesday night tweets, Haley announced that the U.S. could cut off funding to the U.N. Relief and Works Agency, which provides aid to Palestinian refugees, unless they "return to the negotiating table" with Israel. The U.S. currently gives $300 million in funding to the agency.

"We are trying to promote the peace process, but if that will not happen, the president will not continue to fund it," she said.

Sen. Rand Paul (R-KY) tweeted his support for Trump's latest warning to the Palestinians, hoping the president's message will give his relevant bill some renewed hope.

Agreed. That’s why I introduced a bill to defund them as well. Unfortunately, it was blocked: https://t.co/yIEuytDmQW Let’s try again this year. https://t.co/AzLvmbAx2N