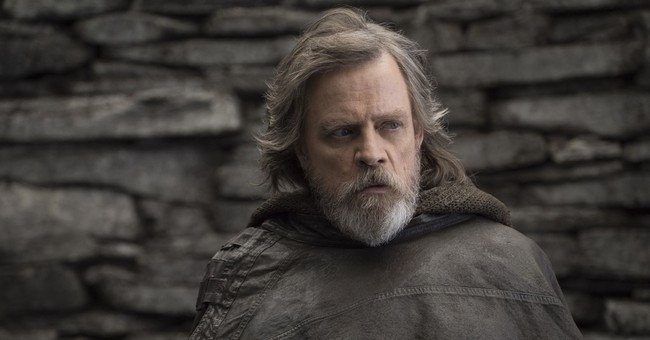 May the free internet be with you.

Oh come on, you knew this post was going to include some serious Star Wars puns.

On Sunday, Sen. Ted Cruz (R-TX) went toe-to-toe with Luke Skywalker himself Mark Hamill over net neutrality. Ahead of the (successful) vote to curtail the Obama-era net neutrality regulations on internet service providers, FCC Chairman Ajit Pai tried to rally support for the vote by posing with different props in a Daily Caller video and explaining why getting rid of the rules was going to be beneficial to online consumers. One of those props happened to be a light saber.

Hamill, clearly not a fan, told Pai that his net neutrality vote has disqualified him from ever becoming a Jedi Knight.

That's when Cruz stepped into this intergalactic- I mean interweb - fight. The Texas senator used his own Star Wars knowledge to combat Hamill's initial argument.

.@HammillHimself Luke, I know Hollywood can be confusing, but it was Vader who supported govt power over everything said & done on the Internet. That's why giant corps (Google, Facebook, Netflix) supported the FCC power grab of net neutrality. Reject the dark side: Free the net! https://t.co/nARkMvIEYk

Mr. Skywalker, never one to shy from a duel, had a (rather crude) retort.

Yes, that's it. So sorry to misspell your name. Respond not with facts, but with anger. Who was it that said, "Fear is the path to the dark side…fear leads to anger…anger leads to hate"? (1/2) https://t.co/uwMMzgKC1R

(2/2) Rather than insults, try civil discussion of facts. Fact 1: until 2015, the FCC had NO authority over Internet. The Net grew free & unregulated. Fact 2: W/ "net neutrality" the FCC declared power to regulate everything said & done on Internet. That's really bad for freedom. https://t.co/uwMMzgKC1R

The whole episode was almost as entertaining as Episode XIII itself.

In any case, despite what some predicted about the end to the net neutrality rules - fallen, the sky has not.