Dem Rep: FBI Agent Who Sent Anti-Trump Texts Was Just Saying What We Were All Thinking 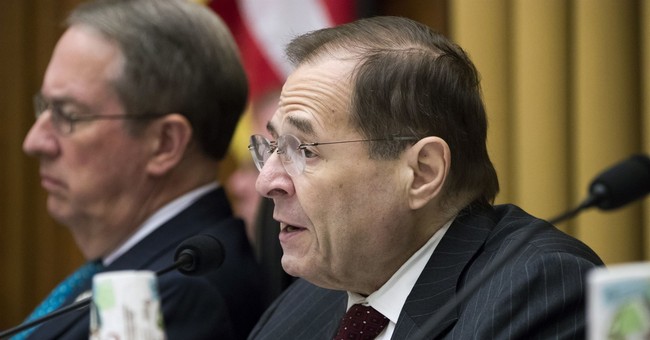 Deputy Attorney General Rod Rosenstein testified in front of the House Judiciary Committee Wednesday to answer questions about the FBI's investigation into Russian collusion in the 2016 presidential election and whether the Trump campaign had anything to do with it. Former FBI Director Robert Mueller was appointed special counsel of the undertaking.

Since the probe has gotten underway, reports have come to light that an FBI agent on the investigation named Peter Stzrok was railing against Donald Trump in a series of texts to his alleged mistress Lisa Page. In those message, Strzok calls Trump an "idiot," and a "menace."

"Hillary should win," the agent said at one point. "F Trump" was added for emphasis.

Strzok was also a lead investigator on the probe of Hillary Clinton's emails last summer. Strzok has been removed from the investigation, but the special counsel's impartiality has been placed into question.

Well, as Wednesday's hearing got underway, Democratic Rep. Jerrold Nadler (NY) was already going to bat for the FBI agent.

"Peter Strzok did not say anything about Donald Trump that the majority of Americans weren’t also thinking at the same time," Nadler declared.

There is "nothing wrong with FBI agents expressing their private political views via private text messages" and department regulations permit it, Nadler added in the agent's defense.

When asked, Rosenstein said Mueller's removal of Strzok was an "appropriate" action. He would not, however, fire Mueller if asked because at this point there would be "no good cause."

"I won't take any action unless he's violated his duties," he later emphasized.

Like FBI Director Christopher Wray tried to do at last week's hearing, Rosenstein is tasked with restoring the agency's integrity in light of all these apparent conflicts of interest.