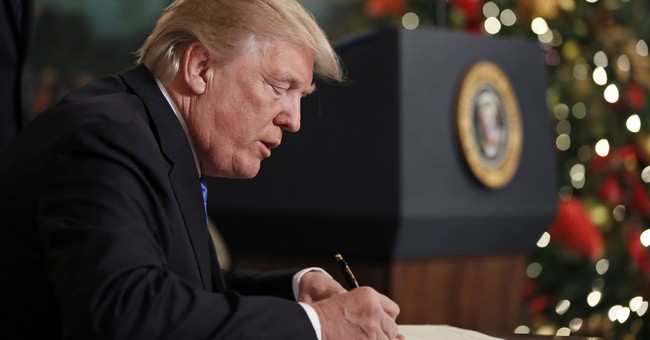 Text messages between FBI counterintelligence agent Peter Strzok, who was removed from Special Counsel Robert Mueller's investigation earlier this year, and his alleged mistress Lisa Page have been turned over to Congress and released. Page is an FBI attorney.

The messages were exchanged during the 2016 presidential campaign and show Strzok and Page, also an attorney for the FBI, calling Trump a number of names and saying he "cannot be president."

Here is a sampling of messages from Strzok to Page:

I CAN'T PULL AWAY, WHAT THE F*CK HAPPENED TO OUR COUNTRY (redacted)??!?!

God that’s a great article. Thanks for sharing. And F TRUMP.

And from Page to Strzok:

Jesus. You should read this. And Trump should go f himself.

You say we text on that phone when we talk about Hillary because it can’t be traced, you were just venting, bc you feel bad that you’re gone so much but that can’t be helped right now.

This man cannot be president.

She just has to win now. I’m not going to lie, I got a flash of nervousness yesterday about Trump.

God, Trump is a loathsome human.

There are 10,000 text messages between Strzok and Page.

According to their conversations, Strzok and Page are supporters of Hillary Clinton. Given Strzok's leading position on the FBI's criminal investigation into Clinton's repeated mishandling of top secret, classified information on her personal server, serious questions have arisen about the decision not to refer the former Secretary of State to the Department of Justice for charges.  Further, Strzok worked on the Special Counsel investigation for a number of months and interviewed former White House National Security Advisor Michael Flynn, who just pleaded guilty to lying to the FBI.

DOJ's inspector general is looking into the situation and will investigate whether bias impacted how Strzok conducted his work during the Clinton investigation and during his time on the Special Counsel.