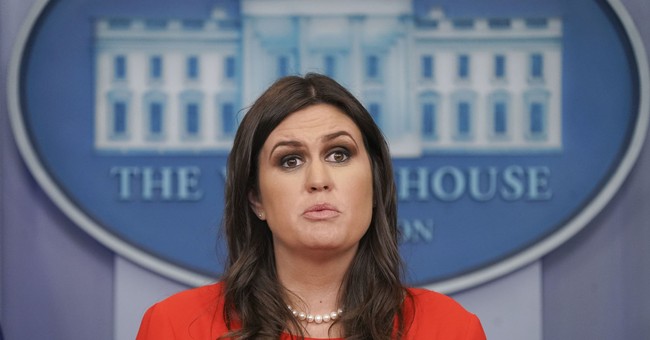 The LA Times has really stepped in it. On Friday, the outlet decided to give opinion piece writer David Horsey space to trash White House Press Secretary Sarah Huckabee Sanders's looks and competence.

How is it possible that there are still editors who let sexist bullshit like this slide? https://t.co/Njc9bh4msS pic.twitter.com/VU4mH6NiuZ

After that unbelievably rude take on Huckabee Sanders's appearance, Horsey goes on to call her a serial liar.

Sanders betrays no qualms about her role. She delivers the daily load of fibs and evasions in a flat, emotionless voice and, if questioned, keeps her cool, repeats her fallacious statements and sneers as if she hopes there is a firing squad waiting outside for the upstart journalist.

In a normal political climate, Huckabee Sanders would be seen as a failure, Horsey said. Yet, "in the world of Trump," where spin is in, she's a "pro."

For a two-time Pulitzer Prize winner, it's not Horsey's best work.

His hit piece was published just days after Democratic Rep. Ted Lieu (CA) called Huckabee Sanders "dumb as a rock" on Twitter after she claimed Hillary Clinton was guilty of Russian collusion, not Trump. But don't worry, Lieu said. He calls everyone dumb.

Huckabee Sanders is the first mother to ever hold the title of White House press secretary. She should be lauded for the achievement - or at the very least respected - not judged as if she was a beauty pageant contestant.