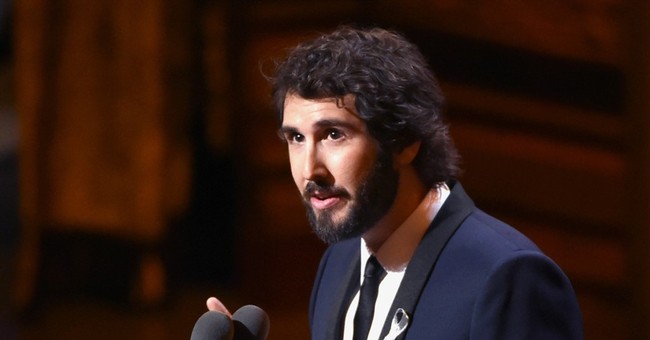 Recording artist Josh Groban happened to be near the attack that occurred in New York City Tuesday afternoon near the World Trade Center. Eight people are dead and several others injured after someone drove a truck into a crowd of pedestrians on a bike path near the landmark. New York City Mayor Bill de Blasio declared it an act of terror. The suspect is now in custody.

Groban said he was close enough to hear gunshots, presumably those fired by police as they arrived on scene and stopped the attacker. His initial tweet (graphic language.)

Oh my god I just heard gun shots and ran with my dog. Downtown. Fuck.

Groban, who starred in Broadway's The Great Comet, continued to share updates. He remembers hearing "8-10 quick rounds fired off." He was in shock how close he came to being in the middle of the rampage.

I’m shaking. That’s the corner I was supposed to have my coffee but my dog pulled me into the park half a block away 10 min before shooting. https://t.co/AvQeRv7Jha

In his most recent messages about the attack, Groban commended the New York Police and Fire Departments for their rapid response and was in awe of New Yorkers' resilience.

Once I got far enough away I took this video of the quick response from our amazing NYPD and NYFD pic.twitter.com/v0nwJiqmDw

Devastated for the victims and their families tonight & inspired by the spirit of this city. Sirens and trick or treaters everywhere. ????