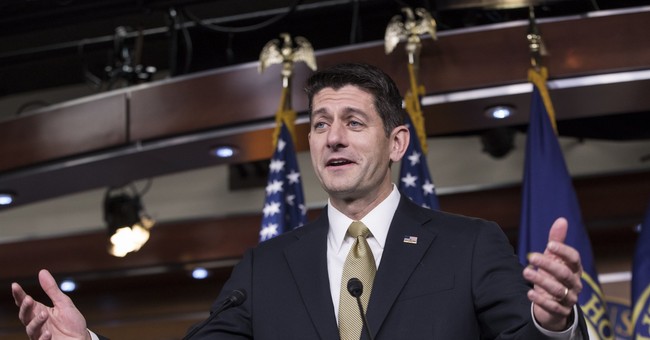 President Trump and Congress are one step closer to enacting tax reform after the House passed the $4 trillion budget measure Thursday.

In a press conference following the vote, Speaker Paul Ryan commended his colleagues, noting that they just gave families a well-deserved break.

For too long, Americans have lived under a broken tax system where they see too little of their hard-earned money. #TaxReform will fix that. pic.twitter.com/hSvlbXw6tZ

“Tax reform will help reignite the American dream,” House Speaker Paul Ryan told reporters after the vote. “It will help bring us back to a place of confidence, freedom, happiness and a stronger, healthier economy. And this budget that the House just passed, 20 minutes ago, brings us closer to making that dream a reality.”

The Republican plan will cut the corporate tax rate to 20 percent, cut individual tax rates, double the standard deduction, and increase the Child Tax Credit. It will be "the first overhaul of America’s tax code in more than three decades,” according to Ways and Means Committee Chairman Rep. Kevin Brady (R-TX).

Ryan's Twitter account shared a report on how Trump's tax reform will benefit middle class families. Wages are set to increase by 4 to 5 percent and create upwards of 600,000 new jobs, multiple studies predict.

As always, the budget process has not been without controversy. Americans freaked last week over media reports that Trump's tax plan would include major changes to their 401(k) plans. The president insisted that was not the case.

Trump was pleased with Thursday's successful vote and tweeted that it was a sure show of Republican "UNITY."

A markup session with the Ways and Means Committee is scheduled for Nov. 6.