President Trump: Calm Down, We're Not Touching Your 401k With Tax Reform 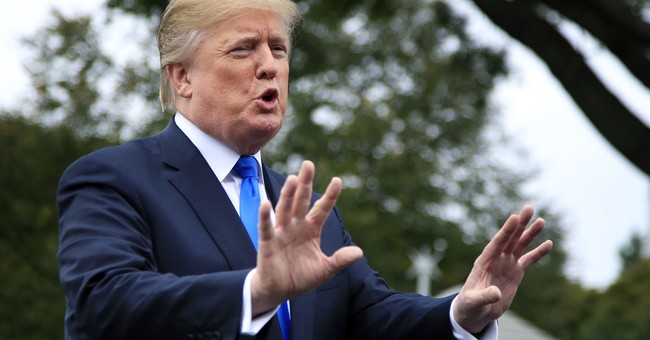 Late last week a report from MarketWatch set off panic across the country as lawmakers on Capitol Hill continue to grapple with how to pay for President Trump's tax reform plan. The headline? There’s talk of capping 401(k) contributions at $2,400 per year.

Proposals floating around Washington to cap the amount that Americans can contribute before taxes to 401(k) plans and individual retirement accounts are unsettling professionals in the retirement industry.

Republicans are looking for ways to generate revenue to support broad reductions in individual tax rates. One idea is to limit the amount of pretax money households can sock away for retirement saving. Such a move would likely generate significant political blowback but it hasn’t been explicitly ruled out, stirring worry among industry lobbyists.

Lobbyists and others in the retirement and financial services industries who have spoken to congressional staff and committee members say lawmakers are looking at proposals that would allow 401(k) participants to contribute significantly less than what is currently allowed in a traditional tax-deferred 401(k). An often mentioned amount is $2,400 a year. It isn’t clear whether that would only apply to 401(k)s or IRAs or both.

Early Monday morning, President Trump calmed the waters and cleared the air on the rumor, saying 401(k) plans will not be touched as part of his tax overhaul.

This is not only a popular "tax break," but far more importantly allows individuals to save for their retirement in order avoid reliance on government later in life.