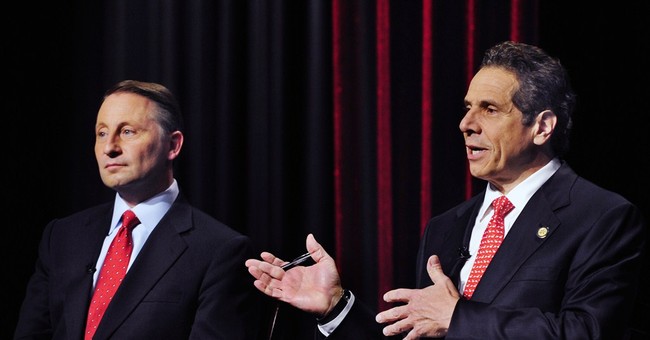 In what world is it offensive for a father to say that he wants to raise his sons to be men? Well, in at least one Harvard lawyer's world.

Phil Oliva, chief of staff to Westchester County Executive Rob Astorino (who once challenged Andrew Guomo for the governorship), tweeted that "offensive" comment. A Harvard lawyer and author named Laurie Puhn demanded to know if Astorino agreed with the apparently insensitive remark.

Harvard lawyer thinks my statement that I'm raising my boys to be men is somehow controversial. Can't make this stuff up. https://t.co/ZigPv0SQNs

Puhn went on to defend her tweet, explaining that she sees nothing wrong with raising boys to be men with conservative values. She was, however, not okay that Oliva was "joking about hate crime," especially considering he creates county policy.

Obviously, hate crimes are despicable and I'm sure Oliva did not mean to denigrate those crimes with his "politically incorrect" joke. He was, I imagine, just trying to spotlight the unfortunate trend of feminists championing the emasculation of men. Too often today's young men are told that they should scrap their machoness and be social justice warriors instead.

Culture today is harmfully minimizing the unique differences between men and women. Take the Boy Scouts, for instance. Earlier this month, we learned that the organization is going to be letting girls sign up for their Eagle Scout program. While some are embracing the "inclusive" decision, it is bound to jeopardize the Boy Scouts's original goals. It's just a fact of life that when you throw girls in the mix, boys can no longer just be boys.