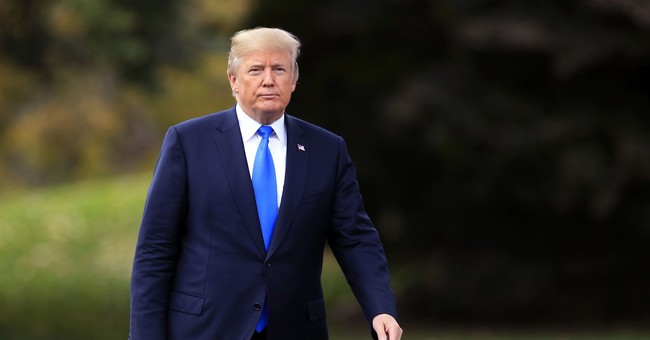 In a statement released Tuesday night, Marino explains that he decided to bow out of the running to be America's drug czar because he didn't want to be a distraction. However, he went on to defend his career of dedication to law enforcement and set out to "correct the record" of false accusations against him.

His statement reads as follows:

“Today I informed President Donald Trump of my intent to withdraw my name from any further consideration to lead ONDCP.

“As a former prosecutor who has dedicated my life to aggressive and faithful enforcement of our laws, I have reached the difficult decision that the best course of action is to remove the distraction my nomination has created to the utterly vital mission of this premier agency.

“At the same time, given my lifelong devotion to law enforcement, I insist on correcting the record regarding the false accusations and unfair reporting to which I have been subjected.

“I’m proud of my work on the Ensuring Patient Access and Effective Drug Enforcement Act of 2016, which passed with unanimous consent in the House and Senate, unopposed by the DEA and was signed into law by President Obama.  This landmark legislation will help to facilitate a balanced solution for ensuring those who genuinely needed access to certain medications were able to do so, while also empowering the Drug Enforcement Agency (DEA) to enforce the law and prevent the sale and abuse of prescription drugs.

“Given these facts and the importance of this legislation, find it sad and disheartening that the news media have left behind any concept of balanced reporting and credited conspiracy theories from individuals seeking to avert blame from their own failures to address the opioid crisis that proliferated during their tenure. Specifically, I cannot allow false allegations made by a former DEA employee, who resigned from the agency.  He was the subject of a professional conduct investigation and his assertions may be motivated by financial self-interest, to overshadow the real problems with prescription drug abuse in this country.

“I will continue to support President Trump in his mission to get the people’s government back to working in their best interests – not those who seek to maintain the status quo.

“I look forward to remaining in service to the people of Pennsylvania’s Tenth Congressional District and continuing my long record of championing solutions to better equip law enforcement to combat drugs.”

To combat this epidemic, it will take all the help it can get. Over 60,000 people died from drug overdoses last year - a startling and growing number.

President Trump announced his plans to declare the opioid crisis a state of national emergency next week.