Tom Marino out as 'Drug Czar' 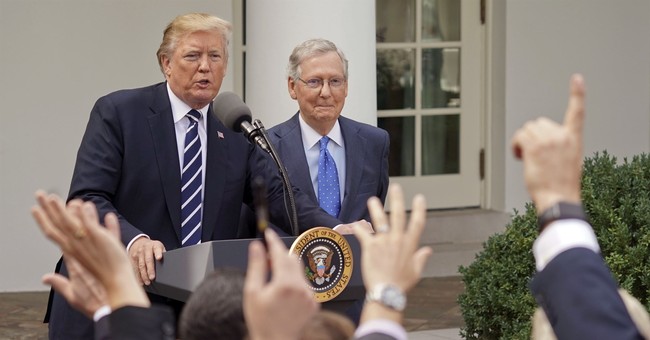 Rep. Tom Marino (R-PA) has withdrawn his name from consideration to be America's "drug czar" to lead the Office of National Drug Control Policy after a Washington Post/"60 Minutes" report detailed how the representative supposedly encouraged legislation that would protect drug companies from DEA regulations. The president has accepted Marino's decision.

Rep.Tom Marino has informed me that he is withdrawing his name from consideration as drug czar. Tom is a fine man and a great Congressman!

Trump was asked about the "60 Minutes" report Monday at the White House Rose Garden, to which he simply replied he'd be "looking into" it, while adding that Marino was "a great guy."

The president added that he would be declaring the opioid crisis a national emergency next week.

“This country and, frankly, the world has a drug problem,” he said. “We’re going to do something about it.”

Following the WaPo report, horrified legislators insisted they were "fooled" by the Ensuring Patient Access and Effective Drug Enforcement Act of 2016. The New York Times explained how it undermined drug policy.

The legislation that Mr. Marino championed undermined the Drug Enforcement Administration’s ability to freeze suspicious shipments of drugs — making it difficult to cut the flow of painkillers to the black market — and it was a top priority of the drug industry.