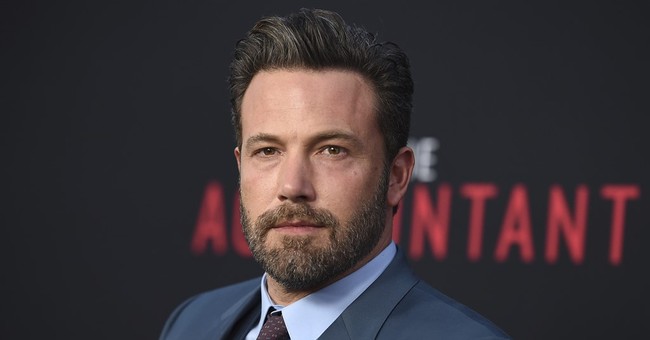 Ben Affleck, who has worked with Hollywood producer Harvey Weinstein on award-winning films like Good Will Hunting, released a statement Tuesday about the ensuing sexual assault scandal. The New York Times revealed last week that Weinstein paid off a number of settlements against women who had accused him of making sexual advancements on them.

Actresses like Rose McGowan, who was referenced in the Times piece as having reached a settlement with Mr. Weinstein, had expressed their disappointment Monday over the men in Hollywood who had failed to speak out against him. She specifically called out Affleck, as well as his good friend Matt Damon, whom he starred with in Good Will Hunting.

With Affleck having finally spoken out, we await his costar to share his thoughts.

The Times report resulted not only in Hollywood outrage, but Weinstein's firing from The Weinstein Company, despite a last minute desperate email to save his job.

On Tuesday, The New Yorker's Ronan Farrow published another bombshell of a piece that in great detail described some of Feinstein's inappropriate, and, if some of his sources' stories pan out, criminal behavior. Three of the women mentioned in his report claim that Weinstein raped them, including Italian actress and director Asia Argento. Many of Weinstein's apparent victims describe having not come forward until now because the film executive had the power to destroy their careers.

Soon after Farrow's piece went live, a follow-up New York Times report quoted Gwyneth Paltrow and Angelina Jolie as also having had bad experiences with Weinstein as young actresses. Paltrow, who worked with Weinstein as a 22-year-old for her breakout role in Emma, describes having been asked by the producer to go to his room so they could give each other massages.

When Gwyneth Paltrow was 22 years old, she got a role that would take her from actress to star: The film producer Harvey Weinstein hired her for the lead in the Jane Austen adaptation “Emma.” Before shooting began, he summoned her to his suite at the Peninsula Beverly Hills hotel for a work meeting that began uneventfully.

It ended with Mr. Weinstein placing his hands on her and suggesting they head to the bedroom for massages, she said.

“I was a kid, I was signed up, I was petrified,” she said in an interview, publicly disclosing that she was sexually harassed by the man who ignited her career and later helped her win an Academy Award.

She refused his advances, she said, and confided in Brad Pitt, her boyfriend at the time. Mr. Pitt confronted Mr. Weinstein, and soon after, the producer threatened her not to tell anyone else about his come-on. “I thought he was going to fire me,” she said.

How many more actresses are going to come forward with similar stories?

Those who have yet to publicly condemn Weinstein include former Democratic presidential candidate Hillary Clinton, and former Presidents Bill Clinton and Barack Obama.