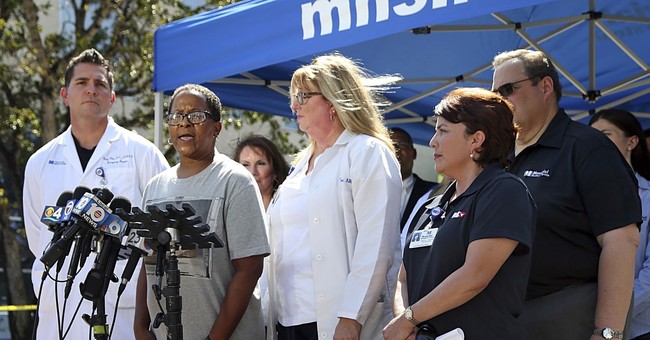 Last month, The Rehabilitation Center of Hollywood Hills failed to meet the needs of its residents as Hurricane Irma stormed through the state of Florida. The facility lost its air conditioning during the storm, leaving nearly 200 patients in the sweltering heat for three days. Twelve seniors passed away, unable to cope with the conditions. Some of the victims, it was later discovered, had body temperatures as high as 109.9 degrees Fahrenheit.

At a heartbreaking press conference about the tragedy, Vendetta Craig condemned the facility staff for letting conditions deteriorate so badly. Her mother, Edna Jefferson, 87, was one of the 158 seniors left in the heat before being rescued.

Of course, no one could have predicted the strength of Hurricane Irma. Yet, it appears this particular nursing home had plenty of issues that should have been addressed long before the storm arrived.

One inspection last year found 29 violations, including patients being given the wrong medications, overflowing trash, and insects in the kitchen. Residents complained they were hungry and were calling out for food.

The facility was ranked "much below average" by the state agency for healthcare administration, and its owner Jack Michel was fined $15 million in a 2006 healthcare fraud complaint. Yet, the center was allowed to stay open.

The nursing home has fired over 200 employees and the incident is being treated as a criminal investigation. Asked why this facility was still open, Hollywood Mayor Josh Levy deferred to the state agencies who are responsible for regulations.