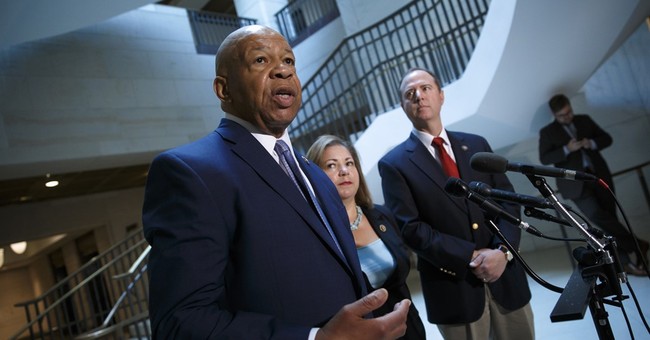 You may recall representatives like John Lewis (D-GA) sitting cross-legged on the House floor last year in the days following the Orlando shooting. He and a number of his Democratic colleagues staged the boycott to try and urge a vote on gun control legislation.

They refused to leave the House floor, reading the names of the victims of gun violence.

Republican leaders like Paul Ryan condemned their behavior as political pandering, pointing out that they were using the spectacle to fundraise.

"They're trying to get on TV," he fumed.

This year, with the Las Vegas tragedy now weighing heavily on Americans, Democrats have decided perhaps staging a sit-in is not the best strategy. While their nonviolent protest may have "galvanized" support around the issue, Rep. Linda Sanchez (D-CA), the House Democratic caucus vice chair, suggested it's no longer an option.

"We have to use different tools and different tactics for the right situations," she said. "I just don't think it's going to be as impactful as it was the first time."

Democrats have learned that they could face ethics complaints and Republicans are better prepared to discipline their actions.

House Speaker Paul Ryan, R-Wis., put new rules into effect at the start of the current Congress that ban members from taking photos and videos on the House floor. Anyone who takes a photo on the floor faces a $500 fine for the first offense and a $2,500 fine for a second offense.

"With that, there have been subsequent tougher rules and ethics complaints, and so the speaker has made clear that he will be enforcing all of those rules," Sanchez said.

In other words, boycott at your own expense.

Democrats may not be staging another sit-in, but plenty of politicians have already indicated their plans to introduce gun control legislation. Sen. Dianne Feinstein (D-CA), for one, is forwarding a bill to ban bump stocks, a device the Vegas shooter used during his rampage Sunday night that turns a semi-automatic firearm into an automatic one.