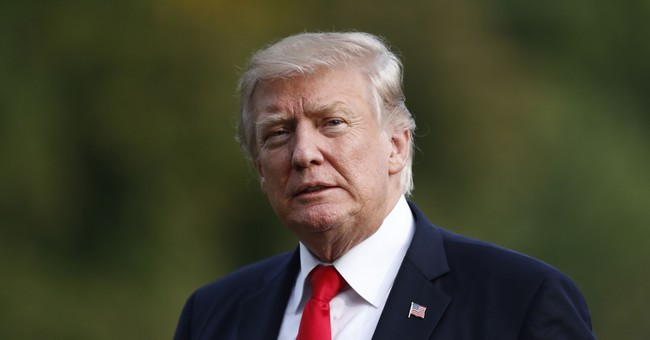 Katie reported the bombshell Thursday that FBI Director James Comey had decided not to pursue criminal charges against Hillary Clinton long before their email investigation had expired. Transcripts released by the Senate Judiciary Committee showed that Comey had made up his mind even before interviewing key witnesses.

Comey made the now infamous announcement July 5, 2016. Yet, the transcripts reveal he was already drafting his conclusions in April or May.

The president responded Friday morning, tweeting that the new report proves the whole investigation was a farce.

Wow, looks like James Comey exonerated Hillary Clinton long before the investigation was over...and so much more. A rigged system!

“Conclusion first, fact-gathering second—that’s no way to run an investigation," they wrote in a letter. "The FBI should be held to a higher standard than that, especially in a matter of such great public interest and controversy."

Clinton used a private email server during her tenure as secretary of state. It was a scandal of epic proportions for the 2016 Democratic presidential candidate, considering her decision could have placed our national security at risk.

She didn't see it that way though. Asked repeatedly about her unsecure email server, she offered glib answers and insisted Americans didn't care about the story.

In her new book, "What Happened," she again blamed the media for costing her the election with their obsession over Russia. She also blamed Comey, who reopened the email probe just 11 days before the election.