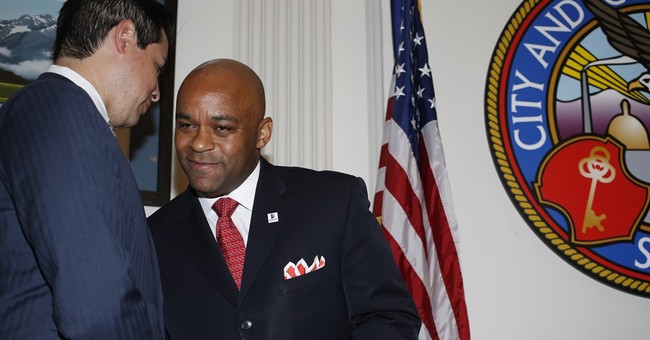 The Denver City Council unanimously passed an ordinance Monday declaring the city’s law enforcement is banned from inquiring into a person’s immigration status during arrests, and adding that the city will refuse to honor immigration detainers placed on illegal aliens who’ve been jailed for a crime.

"Denver is sending a clear and resolute message to our community that we stand with the immigrant and refugee communities and are committed to remaining a city that is safe and welcoming for all," Denver Mayor Michael Hancock said, adding, “Denver is building a trusting relationship with our immigrant and refugee communities that will improve the safety of our city and help everyone feel more secure.”

I hope this "trust relationship" is worth the danger the city is imposing upon its legal citizens.

Denver Mayor Michael Hancock has also put illegal immigrants' needs over his law abiding constituents. Earlier this month, he announced a legal defense fund he was introducing to help pay for lawyers for those threatened with deportation.

Denver is being insubordinate to President Trump's agenda, but the joke is on them. Immigration and Customs Enforcement is hiring 10,000 more agents and Attorney General Jeff Sessions has said that punishing sanctuary cities is one of the DOJ's top priorities. Should cities like Denver and Chicago continue to push back at the administration, they can expect to lose funding.