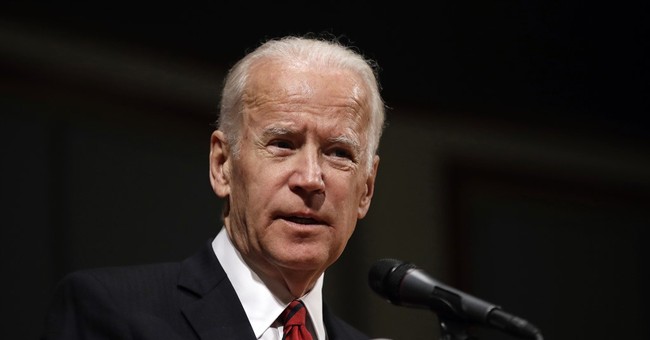 President Trump is not leading, according to former Vice President Joe Biden. "We are living through a battle for the soul of this nation," Biden wrote in an op-ed for The Atlantic - and Trump is not up to the task. The former vice president, like many Americans, is dismayed by Trump's response to the violence that transpired in Charlottesville, VA a few weekends ago. One young woman died in that confrontation between white supremacists and counter protesters. Trump, critics say, fumbled his message condemning the racist neo-Nazi groups.

By calling out "many sides," and then "both sides" in his rebuke of the violence, Trump did more to confuse than unite, Biden insists.

Today we have an American president who has publicly proclaimed a moral equivalency between neo-Nazis and Klansmen and those who would oppose their venom and hate.

We have an American president who has emboldened white supremacists with messages of comfort and support.

This is a moment for this nation to declare what the president can’t with any clarity, consistency, or conviction: There is no place for these hate groups in America. Hatred of blacks, Jews, immigrants—all who are seen as “the other”—won’t be accepted or tolerated or given safe harbor anywhere in this nation. (The Atlantic)

Just hours after the op-ed published, more violence erupted on the Berkeley College campus in California, when leftist Antifa protesters attacked a group of right wingers. They threw punches, smoke bombs, and shot off pepper spray at anyone who disagreed with their ideology.

Does this display of violence, horrible as it is, justify Trump's "both sides" remark?