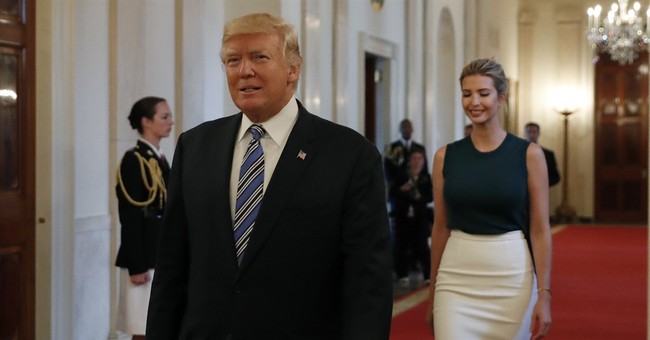 For the first time ever, the Dow Jones industrial average has passed the 22,000 mark. Wednesday's milestone is largely thanks to Apple's soaring earnings.

Apple's stock is up 30 percent this year - 6 percent just today. The company can credit part of that to impressive iPhone, iPad, and Mac sales. It may get even more impressive, for Apple is on schedule to soon unveil the iPhone 8.

It is the 31st time Dow Jones has hit a new high since President Trump took office, Fox Business notes. He touted the news on Twitter, accusing the media of intentionally ignoring the positive headlines.

The Dow record was reached despite the turmoil at the White House, according to sources cited in the New York Post.

“Investors are completely immune to all the drama which is taking place in Washington because if you look at the performance of the Dow, it appears everything is hunky-dory,” said Naeem Aslam, chief market analyst at Think Markets UK.

With Republicans unable to repeal and replace Obamacare last month, investors also doubt Washington's prospects to cut taxes and increase infrastructure spending. Yet, their concern is not reflected in today's record-breaking numbers.