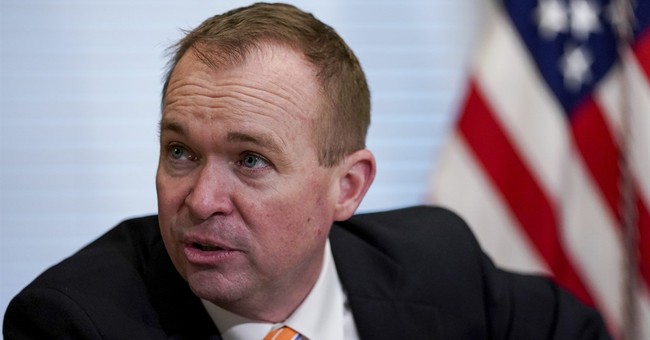 In May, President Trump signed an executive order entitled, “Promoting Free Speech and Religious Liberty,” that included conscience protections for religious entities in regards to the HHS contraception mandate that forces insurers to pay for some contraceptives and abortifacient drugs. The First Liberty Institute, a non-profit legal organization, is urging the White House to enact an even broader rule to protect Americans' religious freedoms.

Rather than offer "narrow" exemptions that are limited primarily to churches and their auxiliaries, First Liberty explained in a press release, the draft interim final rule would allow the Trump administration "to adopt broad exemptions based upon an individual, business, or an organization’s religious conscience or moral conviction."

The attorneys met with Office of Management and Budget Director Mick Mulvaney this week, where they handed out a letter explaining the need to make the draft final.

“Our clients have been litigating against the government’s effort to punish business owners and ministry leaders for following their religious beliefs and moral convictions since 2013,” said Matthew Kacsmaryk, Deputy General Counsel for First Liberty, in a statement.  “As President Trump recognized in the Rose Garden on May 4, it is time to reaffirm ‘America’s leadership role as a nation that protects religious freedom for everyone.’  That starts by finalizing this draft interim final rule and ending years of litigation.”

One of the most notable cases to come out of the HHS mandate controversy was the Little Sisters of the Poor five-year battle with the Obama administration. The Little Sisters sued the White House, insisting that the law would violate their religious conscience. President Trump even invited them as special guests to his May presser announcing his religious freedom executive order, acknowledging their ordeal.