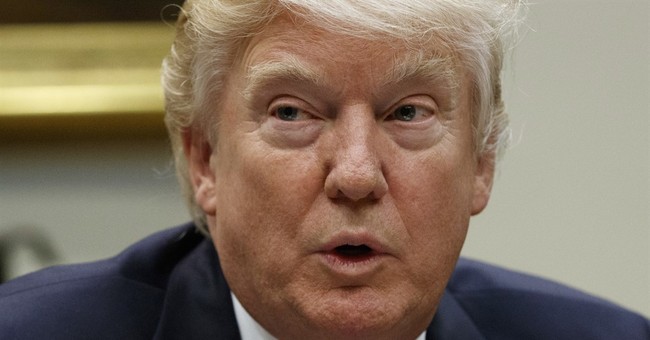 In his interview with Christian Broadcast Network's Pat Robertson, President Trump mused that Russia would have been much happier if his opponent Hillary Clinton had won. She would have "depleted" the U.S. military, he said. Trump intends to build our defense, he said. The new National Defense Authorization Act that passed Friday suggests that he meant what he said.

The $696 billion bill, which passed in a vote of 344-81, will provide the military with more resources to produce more ships, aircraft, as well as allow for troop increases. In May, Trump proposed $603 billion in military build up, meaning Congress exceeded his expectations.

The House-passed NDAA bill would add 17,000 soldiers to the Army, something requested by the service but unfunded under the president's budget, as well as authorize purchase of four additional Navy ships, 17 more F-35 fighter jets, and eight more F/A-18 Super Hornet jets. The House bill is comprised of two sections, one that would authorize $631.6 billion in base defense spending, and $65 billion in overseas war spending.

As always, the NDAA didn't pass without some serious hurdles and controversies. For instance, conservatives were uncomfortable with an Obama-era provision that provided funding for transgender troops.

Obama's "transgender decision is costly in dollars and short on common sense," Republicans like Rep. Vicky Vicky Hartzler (R-MO) argued, adding that if the provision remains, taxpayers will be subject to paying for transition surgeries and hormone treatments. However, the effort was defeated and the funding for transgender medical care remains in place.