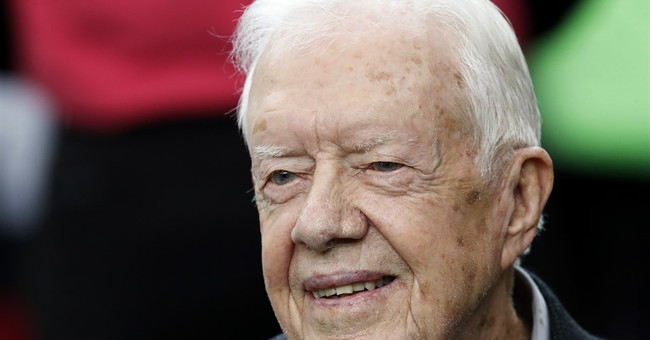 Former President Jimmy Carter was rushed to a Canadian hospital Thursday after collapsing from dehydration while helping build a home with Habitat for Humanity, an organization he has supported for years.

Carter, now 92 years old, was “dehydrated working in the hot sun” at a build site in Winnipeg, Habitat for Humanity said in a statement.

The 39th president is reportedly doing fine, and told the Habitat builders to not stop building on account of him.

"President Carter was dehydrated working in the hot sun," Habitat for Humanity CEO Jonathan Reckford said. President Carter told us he is okay and is being taken offsite for observation. He encourages everyone to stay hydrated and keep building."

Carter previously had a health scare in 2015, when he was diagnosed with cancer. Despite a dire diagnosis, by that December he declared he was cancer-free.