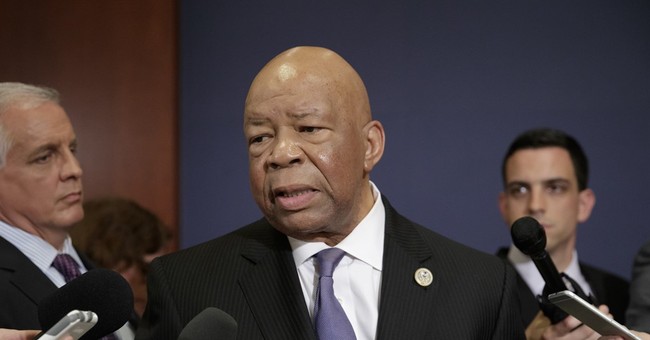 Rep. Elijah Cummings (D-MD), the ranking member of the House Committee on Oversight and Government Reform, has concluded that the newly released emails between Donald Trump Jr. and publicist Rob Goldstone indicating the former’s enthusiasm to meet with Russian officials during the 2016 presidential campaign, is evidence of collusion. The New York Times first broke the controversial story, revealing that Trump Jr. met with Russian lawyer Natalia Veselnitskaya during his dad’s campaign to supposedly get opposition research on Hillary Clinton.

The report warrants an immediate investigation, Cummings said in a new statement.

“This is a sad day for our country. The email chain confirms that the President’s son was both aware of and supported the Russian government’s efforts to help the President get elected. Our country has a fundamental principle that a foreign adversary should not and cannot interfere with our sacred elections, period. The soul of our very democracy depends on it. I remind my colleagues from both parties?—?the Constitution does not give Congress the right to remain silent in the face of this threat. We must investigate. And we must act on our findings.”

Democrats on the Foreign Relations Committee also expressed their concern. Sen. Ben Cardin (D-MD) said it was "absolutely shocking" Trump Jr. would meet with a Russian lawyer knowing it was intended to help his dad’s campaign.

Sen. Ben Cardin, top Dem on Foreign Relations, on Trump emails: "That's a contact by a foreign government to try to influence our election." pic.twitter.com/DIr1tIP8OW

Trump Jr. released the complete email exchange in order to be "totally transparent," he explained Tuesday.

Yet, did it only fan the flames of "collusion?"