Kellyanne to Cuomo: Aren’t You Embarrassed By Your Network’s Priorities? 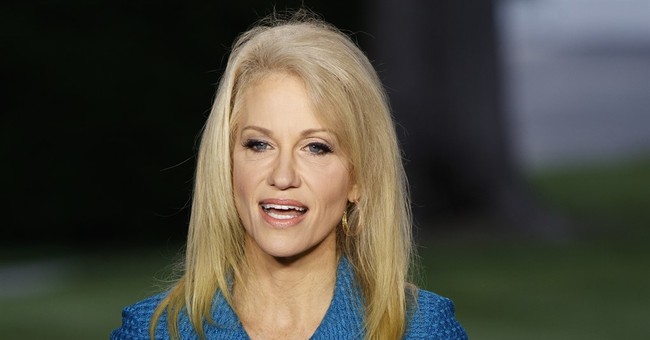 President Trump's team has been tasked with defending itself against another hit piece from the mainstream media which has linked his associates to the Kremlin. The New York Times published a report over the weekend that suggested Donald Trump, Jr. met with Russian lawyer Natalia Veselnitskaya during the 2016 presidential campaign, where she supposedly promised to provide incriminating information on her dad's opponent, Hillary Clinton.

Trump Jr. released two statements about the meeting, explaining that he did not know who she was before they scheduled the talk, and that the topic ended up being a non-campaign issue - adoption.

As expected, that explanation did not silence the media. In fact, it's all it's all Chris Cuomo wanted to talk about when White House Senior Adviser Kellyanne Conway joined CNN's "New Day" program on Monday. It dominated their 35-minute conversation.

Conway laughed off some of Cuomo's stern questioning about Trump Jr.'s meeting, casually denying that the president's son was seeking "opposition research."

"Don Jr. has very explicitly stated he didn't even know the name of the person with whom he was meeting," she said. "He agreed to the meeting based on a contact from the Miss Universe Pageant."

"They get into the meeting and it quickly turns into a pretext for Russian adoption, according to his statements, that the comments this woman is making about any type of information on Hillary Clinton were vague. They were meaningless."

Conway added, sarcastically, that no one had to look very far to find damaging information on Clinton - a remark which Cuomo argued was "beside the point."

Conway's greatest hit, however, was when she asked Cuomo if he and his network was "embarrassed" yet that they are spending an inordinate amount of time talking about Russia instead of American interests. She followed up that remark on Twitter.

Because the interview is quite lengthy, do yourself a favor and watch this 2-minute summary courtesy of the Free Beacon.