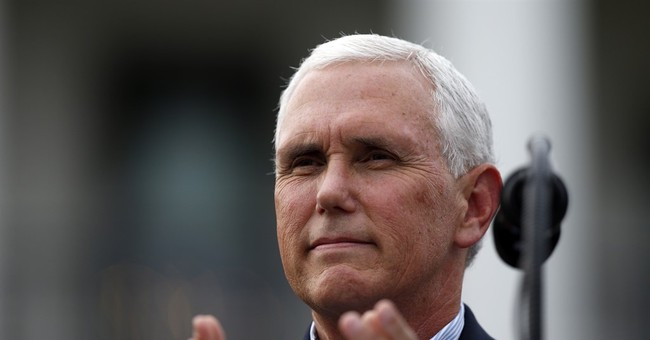 The media thought he was crazy. Our vice president, Mike Pence, said as a practice he refuses to dine alone with women who are not his wife. Progressives mocked his manner, called him antiquated, while some even tried to suggest Pence's remarks indicated that he is reluctant to hire women for senior roles.

Cue writers like The Federalist's Mollie Hemingway and our own Katie Pavlich who had the task of proving Pence was not a monster. In a town infamous for scandal, Pence should be applauded, not demonized, for his conservative social behavior, they aptly noted.

Progressive media persisted, however, hammering the vice president for his "weird hangups."

The joke's on them. In a new Morning Consult poll conducted for The New York Times, a majority of Americans admitted they were uncomfortable with their spouse dining alone with someone of the opposite sex. Many others even cringe at the thought of private office meetings.

Many men and women are wary of a range of one-on-one situations, the poll found. Around a quarter think private work meetings with colleagues of the opposite sex are inappropriate. Nearly two-thirds say people should take extra caution around members of the opposite sex at work. A majority of women, and nearly half of men, say it’s unacceptable to have dinner or drinks alone with someone of the opposite sex other than their spouse.

I guess respecting one's marriage isn't so crazy after all. Thanks to this "societal context" (as the Times described it), our vice president's behavior is vindicated and totally normal.

A succinct summary from Guy...

Media: LOL at that religious weirdo Mike Pence and his super-bizarre rules with his wife.