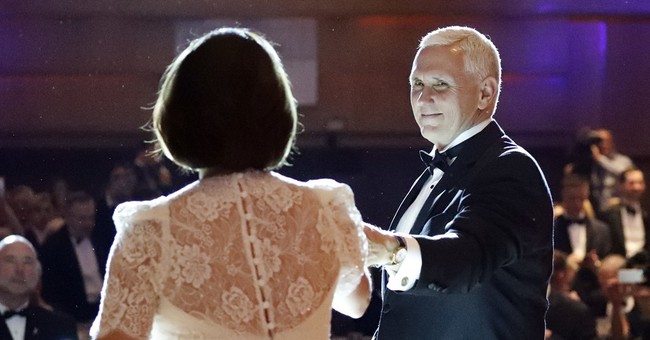 Washington Post writer Ashley Parker caused quite a stir on Wednesday when she publicized her feature on second lady Karen Pence with the following tweet.

Mike Pence never dines alone w a woman not his wife, nor does he attends events w alcohol, w/o her by his side. https://t.co/BxfS0JzbAc

Clearly, she was trying to suggest Pence was out of the mainstream and represented a backwards way of thinking – and liberals took the bait.

A Mother Jones writer seemed to think that Pence’s conservative behavior suggests he has never hired women to senior positions.

1/ If Pence won't eat dinner alone with any woman but his wife, that means he won't hire women in key spots.

Her rant about his “weird hangups” went on for several tweets more, but I’ll spare you.

Other progressive critics suggested his behavior was no better than Sharia Law.

So the GOP is up in arms over Sharia law, yet Mike Pence won't have a business meal with a woman that's not his wife. Sure, that checks out.

Pence is not the only conservative Christian to be mocked for simply practicing chastity. Back in 2008, actor Kirk Cameron explained on the "Today" show that his faith would not allow him to kiss another woman onscreen. So, during intimate scenes for his film "Fireproof," his real life spouse subbed in as a body double for the leading actress.

As always, The Federalist’s Mollie Hemingway has published a piece with some much needed common sense. With all of the tragic consequences that accompany divorce, Hemingway says Pence should be commended for his actions.

"Not only is he not a monster, he sounds like he’s a smart man who understands that infidelity is something that threatens every marriage and must be guarded against," she writes.