Sparks Fly in Hearing as Sen. Graham Demands to Know If His Name Was Unmasked By NSA 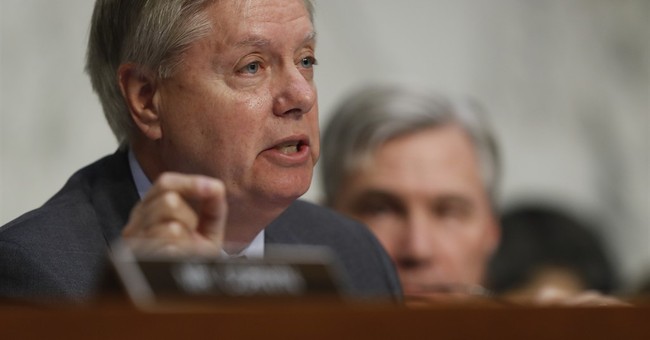 Sen. Lindsey Graham (R-SC) suspects that the NSA revealed his identity last year when he was running for president. He hoped to get answers at Tuesday’s Senate Judiciary Committee hearing, but the intelligence officials he grilled remained tight-lipped.

Bradley Brooker, the acting general counsel for the Office of the Director of National Intelligence, deferred the question.

“It's my understanding, Senator, we have that request from you and we are processing it,” Brooker said.

The non-answer from Brooker even got Committee Chairman Chuck Grassley (R-Iowa) heated, who came to the aid of his colleague.

"I wish my colleagues would appreciate what he's trying to do here and give him a little extra time," Grassley said. " So proceed! In other words, I want you to proceed until you get an answer! I mean, if there's anything in this country that people are entitled to, it's entitled to - at least an answer to their questions!"

Both the Senate and House Intelligence Committees are investigating the unmasking that took place during the 2016 presidential campaign. Earlier this year it was revealed that former National Security Adviser Susan Rice made a large majority of those unmasking requests. Subpoenas to appear before Congress have been sent to her and other intelligence officials.