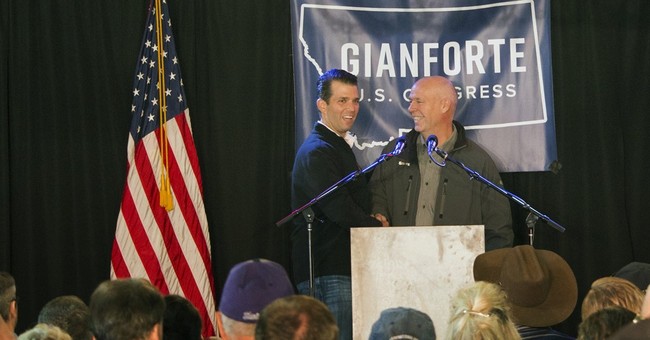 Included in the Montana Billings-Gazette op-ed explaining its decision to rescind its endorsement for Greg Gianforte after his reported assault on a Guardian reporter is their wish that the state change its early voting laws. No one can predict such shocking and potentially campaign-ending events, so early voting Montanans should be given the opportunity to change their minds before Election Day, the editors argue.

To those who have voted: Unfortunately, Montana does not allow those who voted early to reconsider and vote again. We're one of the few states that does not. This would seem to be the best reason we should urge our state leaders to change that law.

The editors rescinded its support for Gianforte after reporter Ben Jacobs claimed the GOP candidate body slammed him and broke his glasses. In the audio from the altercation, you can hear Gianforte screaming at Jacobs before the two can be heard struggling.

Other Montana editorial boards have changed their minds about their Gianforte endorsements, assuring their readers that they refuse to condone violence.

The Gallatin County Sheriff’s office is investigating the incident.