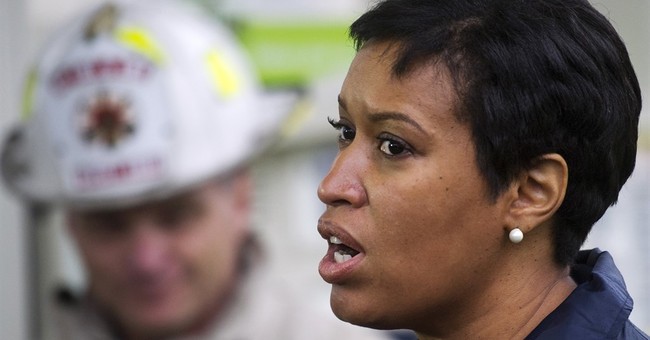 Peaceful demonstrators showed up at the Turkish embassy Tuesday to protest the arrival of Turkish President Recep Tayyip Erdogan. The scene turned bloody after Erdogan's bodyguards started beating the demonstrators. Nine people were injured and had to be transported to George Washington University hospital.

Washington D.C. Mayor Muriel Bowser released the following statement promising to get to the bottom of the incident, with justice in mind.

“What we saw yesterday – a violent attack on a peaceful demonstration – is an affront to DC values and our rights as Americans. I strongly condemn these actions and have been briefed by Chief Newsham on our response. The Metropolitan Police Department will continue investigating the incident and will work with federal partners to ensure justice is served.”

Other angry Americans want President Trump to demand an apology from Erdogan.

Trump @POTUS must demand an apology from Turkish President Erdogan for this violent assault on peaceful protesting Kurdish Americans!! https://t.co/1wIYwupj3n