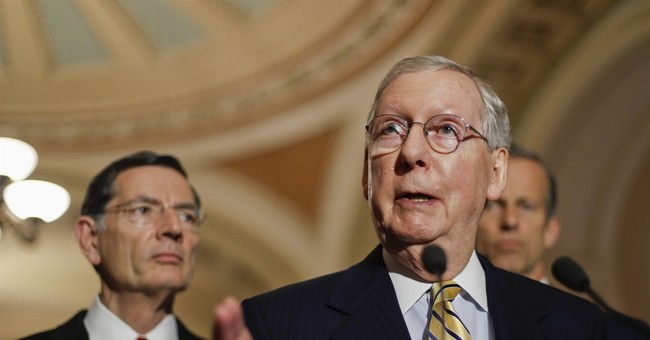 Senate Majority Leader Mitch McConnell rejected that request, arguing that "too much is at stake" with the Senate intelligence committee investigation already well underway.

McConnell said "too much is at stake" to halt an investigation already in progress, though some in his own party appear to leave the door open to such a process.
The Kentucky Republican said from the Senate floor such an investigation into Russian meddling into the US election last year would "only serve to impede the current work being done to not only discover what the Russians may have done but also to let this body and the national security community develop counter measures."

McConnell also pointed out the Democrats' hypocrisy, considering they themselves once had harsh criticism for Comey, particularly when the FBI director reopened Hillary Clinton's email investigation 11 days before the November election. In January, some Democrats were even indignant Trump had let Comey keep his job.

Yet, Schumer and other leading Democrats are now incensed Trump let him go, suggesting that the administraiton only did so because Comey's investigation into Russia was getting "too close to home." Schumer is insisting a special prosecutor to take the lead, while also asking for a closed and potentially classified briefing for all senators with Attorney General Jeff Sessions and Deputy Attorney General Rod Rosenstein, who strongly recommended Comey's firing.