GOP Senator to Sally Yates: What Gave You the Right to Declare Trump's Travel Ban Unconstitutional? 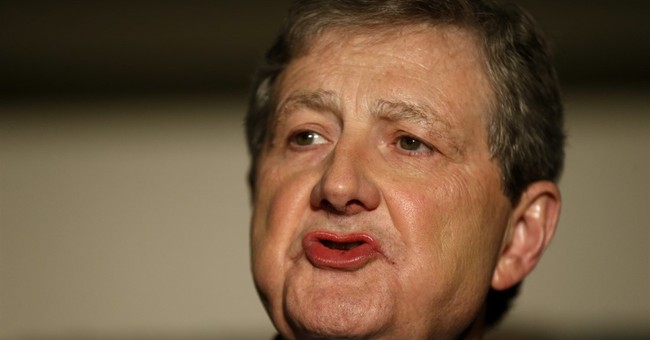 Former Acting Attorney General Sally Yates infamously refused to enforce President Trump's executive order on immigration, which banned immigrants from seven Middle Eastern and African nations. Because of her refusal to comply with the order, Trump relieved her of her duties.

At a Senate Judiciary subcommittee hearing Monday, Yates stood by her actions, insisting she believes the travel ban is intended to discriminate against Muslims. She could not in "good conscience" defend it and or send DOJ lawyers in to defend it.

"I was not convinced it was constitutional," she told Sen. John Kennedy (R-LA). "There was no way in the world I could send folks in there to argue something we didn't believe to be the truth."

That's when Kennedy challenged her assumptions.

"Who appointed you to the United States Supreme Court?" he asked her. "At what point does a statue or an executive order become unconstitutional?"

Yates said she believes it is the responsibility of the attorney general to make those conclusions. As for the travel order, that was not a decision she "took lightly."