One Officer Killed in Paris Shooting 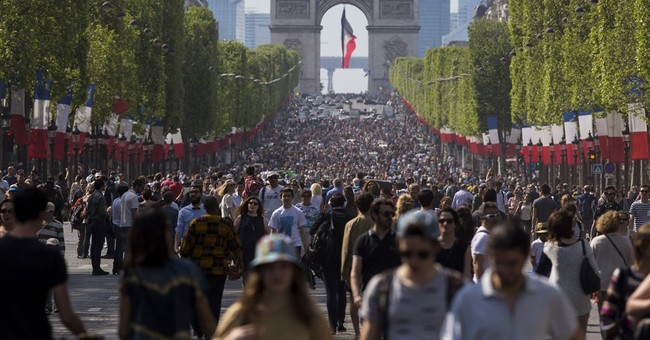 An officer has been killed and another hurt in a shooting on the Champs Elysées in Paris Thursday night, according to French media. The suspect has reportedly been killed.

BREAKING: One policeman killed after shooting incident on Champs Elysees in Paris; person who fired on police killed

The Champs Elysées has been closed as the authorities investigate. Images have begun surfacing on Twitter.

UPDATE: Reports suggest that at least two shooters were involved.

UPDATE (3:53 p.m. ET): One attacker shot a police officer as he sat in his cruiser at a red light, Fox News is reporting.

UPDATE (4:09 p.m.): President Trump offered his condolences for the people of France during a joint press conference with Italian Prime Minister Paolo Gentiloni.

"It looks like another terrorist attack," he said. "It just never ends. We have to be strong and we have to be vigilant."

UPDATE (4:27 p.m.): The police victims were "deliberately targeted," according to authorities.

UPDATE: (5:09 p.m.): Despite reports, the second officer is not dead, according to the French Interior Ministry.

UPDATE: (5:20 p.m.): Two police officials told the Associated Press that the assailant had been "flagged as an extremist."

This is a breaking news story and will continue to be updated.