Kellyanne: Why Won't the DNC Condemn the Protest Violence? 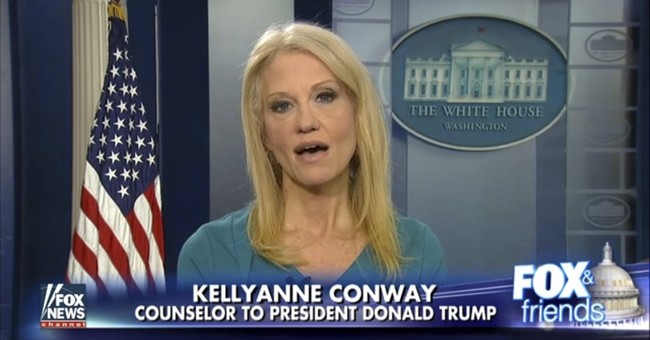 It's three months into Donald Trump's presidency and protesters are still going strong from coast to coast. Tax Day brought anti-Trump activists out to the nation's capital, where they demanded the president release his tax returns. Celebrities like Sarah Silverman showed up, with some unflattering names for the president. Yet, the scene was worse on the West Coast, where the abuse was not just verbal. Pro-Trump and anti-Trump forces clashed in Berkeley over the weekend as a part of the Tax Day protests. Several people left bloodied and bandaged - and at least 21 people left in handcuffs.

On "Fox and Friends" Monday morning, White House advisor Kellyanne Conway demanded to know why the Democratic National Committee, along with other Democratic or progressive leaders like Hillary Clinton and Bernie Sanders, are not speaking out against the mayhem.

.@KellyannePolls: People have a right to express their beliefs & protest, but violence will get us nowhere. Dem leaders need to speak out. pic.twitter.com/wtBxELIzHb

"I would love to hear the new DNC chairman Tom Perez, Bernie Sanders ... [and] Hillary Clinton - who lost to Donald Trump handily - I’d love for them to come forward as leaders of the Democratic Party and tell people to stop. They have a right to express their First Amendment beliefs, but at the same time violence is not going to get us anywhere," she said.

On "The Five," guest host Jesse Waters made the observation that whenever there happens to be violence at a Tea Party rally or a Trump rally, the mainstream media is in every Republican's face demanding a statement. Yet, when Berkeley erupts, silence.

The Democrats are not held to the same standard, apparently.

After the protest, President Trump tweeted his suspicion that the activists only showed up because they were being paid.

Someone should look into who paid for the small organized rallies yesterday. The election is over!