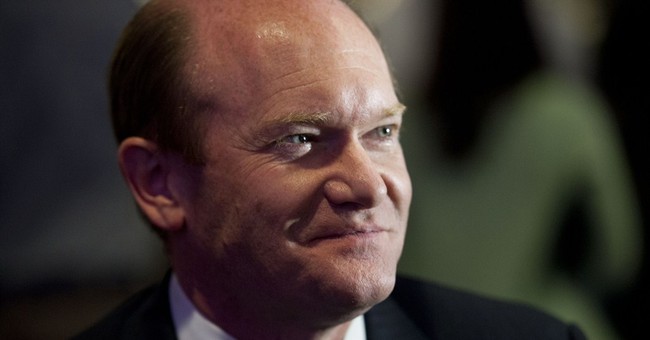 Sen. Chris Coons (D-DE) was one of several Democrats who acknowledged that President Trump's Supreme Court nominee Neil Gorsuch deserved a vote. Yet, on "Morning Joe" Monday, Coons predicted that Gorsuch will not find the support he needs to get on the bench - at least not in the first round.

“He will get an up or down vote," Coons said. "Sen. Schumer, our minority leader, has said it is going to be a 60-vote margin, and I doubt he is going to get 60 votes."

Republicans will be forced to go "nuclear," Coons continued. That is, they'll have to confirm Gorsuch by changing the rules with a simple 51-vote majority. Ironically, this form of congressional circumvention was first introduced by the Democrats in 2013.

The senator hinted that Democrats may be holding their ground because they are bitter over the GOP's refusal to hold hearings on President Obama's Supreme Court nominee Merrick Garland.

As many pundits and my coworkers have (rightly) noted, stubborn Democrats vowing to oppose Gorsuch, like Schumer, are acting a bit too prematurely. Gorsuch, after all, has been proven to be "mainstream" and he comes with little to zero baggage. He has been praised by both conservatives and liberals. Democrats would be much better situated to try and prevent a conservative justice the next time a seat opens.