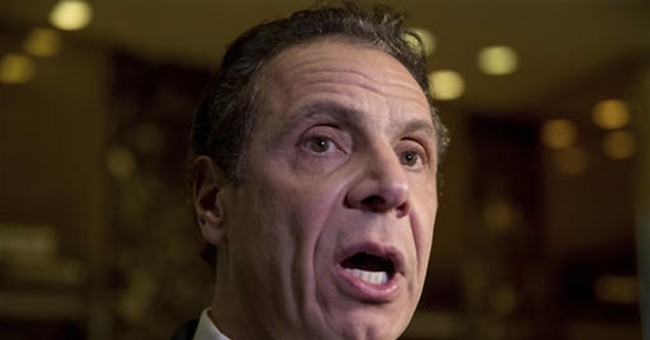 Matt told you about the overnight changes Republicans made to their proposed American Health Care Act on Monday. Most controversially, in order to appease some hesitant New York Republicans, the GOP decided to shift Medicaid costs from the state’s counties to its state government.

The amendment, authored by Republican New York Reps. Chris Collins and John Faso, did not sit well with Democratic Gov. Andrew Cuomo. Cuomo is not only not a fan of the alteration, he predicted it would spell doom for New Yorkers.

The more we learn about the repeal and replacement for the Affordable Care Act, the sicker New York gets.

He expanded his points in a statement Monday night, arguing New York already has absorbed much of the financial burden of Medicaid and cannot afford to take on more responsibility.

The cut is so severe that the majority of hospitals, nursing homes and assisted living facilities located in Upstate New York and on Long Island would be devastated. How a county executive could believe their county could prosper while losing hundreds if not thousands of jobs and seeing the decimation of their health care system is beyond me.

"Congressmen Collins and Faso are calling their amendment a “tax savings plan for the county.” Really it’s a deathtrap as there is no way to make up the shortfall. The Upstate New York and Long Island economy will falter or collapse if the health sector is damaged.

The Republicans' “rabid conservative zealotry” is to blame for this coming destruction, Cuomo concluded.

Despite Cuomo and other Democrats’ doomsday scenarios, President Trump is fully behind the GOP’s Obamacare replacement plan. He is on Capitol Hill on Tuesday trying to convince lawmakers to get on board.