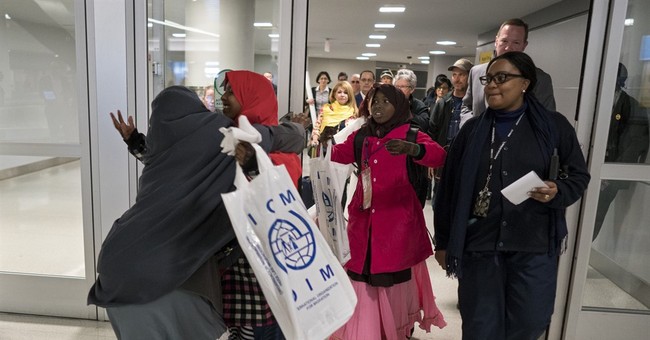 U.S. District Judge James Robart in Seattle successfully blocked President Trump's initial executive order on immigration in January, on the grounds it was discriminatory and unconstitutional. The travel law temporarily banned immigrants from the nations of Yemen, Syria, Iraq, Iran, Libya, Somalia, and Sudan. Following the legal challenges from several states and the protests that swept the country, the White House wrote a revised version of the ban, taking Iraq off the list and carving out exemptions for visa holders.

Yet, the state of Washington is challenging the White House's revised order in court because it is just too similar to its original version, they argue. The state filed an official complaint on Monday, giving Robart the green light to try and resurrect the stop sign he placed in front of the first law.

Washington is joined by four other states, Minnesota, New York and Oregon, and California, in its legal challenge. They have requested a hearing on the case and the Department of Justice is expected to respond soon.