Schumer Repeats Planned Parenthood Lie to Try and Save Funding 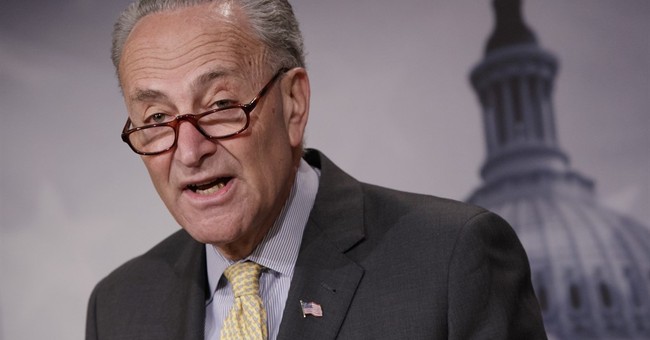 Planned Parenthood does not provide mammograms. At best, they refer them. Multiple representatives have been called out for voicing the falsehood. Yet, that didn't stop Sen. Chuck Schumer (D-NY) from repeating the claim again this week. On Tuesday, he urged his supporters to oppose the GOP-led American Health Care Act because it would defund Planned Parenthood and hurt "millions of women" who rely on the organization for mammograms and other screenings.

The Washington Post was kind in only giving Schumer three Pinocchios for that whopper.

“To try to justify $500 million a year in taxpayer funding for the nation’s biggest abortion chain, Sen. Schumer continues to parrot Planned Parenthood’s false talking points that it provides mammograms and ‘maternity care,’ Rose said in a statement on Thursday.

The reality, she explained, is that Planned Parenthood does zero mammograms, performs less than two percent of women’s cancer screenings in the U.S., and offers little to zilch prenatal care. But, one service they do reliably provide? Abortion. Well over 300,000 a year.
The American Health Care Act would not just defund Planned Parenthood - it would then redistribute those federal dollars to community health centers. I guess Schumer just didn't have enough characters to include that latter fact in his tweet.
Humiliated Democrats Want to Launch an 'Investigation' Into Ron DeSantis
Katie Pavlich
Flashback: Cuomo Claimed to 'Believe Women' Who Allege Sexual Misconduct
Reagan McCarthy
Democrats Are Now Warning Biden His Immigration Policies Are Causing a Crisis
Katie Pavlich