Conservatives Confused Why Koskinen Still Has Job at IRS 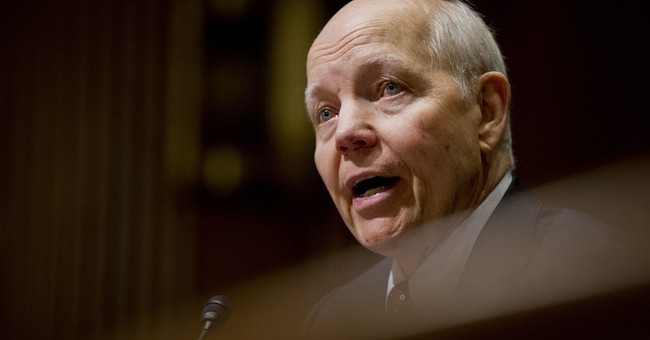 Current IRS Commissioner John Koskinen was not leading the agency when it was targeting conservative groups that opposed President Obama's policies, but he was pretty uncooperative during Congress's investigation into the scandal during his own tenure. It's for that reason Republicans are wondering why President Trump has not relieved him of his duties.

“President Trump should fire Commissioner Koskinen and replace him with someone that will bring integrity and competence to the IRS,” Rep. Bob Goodlatte (R-VA) told Fox News on Tuesday.

Fifty-four of Goodlatte's colleagues also penned a letter to the White House urging the administration to remove Koskinen.

Former IRS commissioner Lois Lerner resigned over the scandal in 2013. When Koskinen took over, conservatives accused him of misleading Congress on the IRS investigation and held impeachment hearings to try and boot him out of the agency. That vote ultimately failed.

The calls for Koskinen's removal may have reached a new fever pitch this week because of newly surfaced documents relating to the IRS scandal. The 7,000 new documents are not yet publicly available.