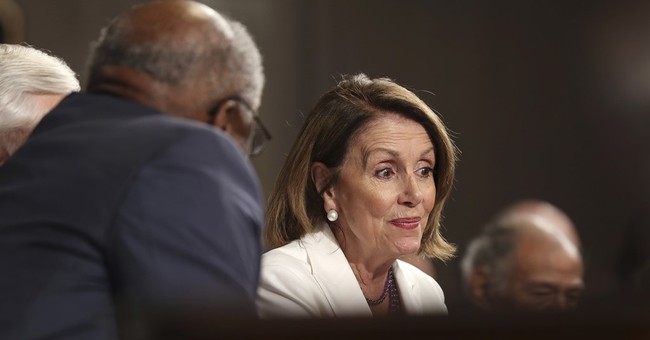 On Tuesday night, as President Trump addressed Congress for the first time, Democrats hissed, booed, groaned, gave him the thumbs down, and refused to stand during his remarks - even when he was honoring our American soldiers.

“I was very proud of the dignity with which our members listened to his speech,” Pelosi said on MSNBC’s “Morning Joe” on Wednesday. “It was clearly a bait-and-switch speech.”

As Trump launched an assault on public education, immigration and the like, Democrats sat with "dignity," she noted.

No they didn't - and we have the footage to prove it.

Pelosi refuses to acknowledge the disgraceful behavior of her colleagues, but nothing changes the fact that Democrats remained seated as Trump asked them to recognize our soldiers and law enforcement, or that Debbie Wasserman Schultz and Keith Ellison made no apparent effort to recognize Carryn Owens, widow of fallen Navy SEAL William Ryan Owens.

No matter. Most Americans gave Trump the thumbs up for his inspired speech.