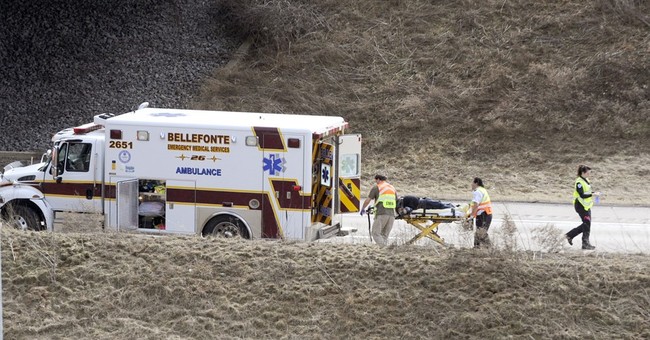 You may have seen an Amber Alert on Friday detailing that a 6-year-old girl had been abducted by her father from her home in Bridgeport, Connecticut and her mother had been stabbed and killed, while another woman suffered injuries. Police chased down the subject and caught him on Interstate 99 in Benner Township, Pennsylvania. The little girl suffered minor injuries in the pursuit. The suspect, Oscar Hernandez, is an illegal immigrant. Worse, he had been previously deported.

Federal immigration officials said Hernandez is a citizen of El Salvador and had been previously deported on Nov. 27, 2013. He has prior felony convictions including assault and threatening. U.S. Immigration and Customs Enforcement had placed a detainer on him, an agency spokesman said in a statement.

Despite such horrid crimes, several cities (and now states) are seeking sanctuary status to harbor illegal immigrants like Hernandez.

Last week, during an immigration town hall hosted by Fox News' "First One Hundred Days", "Angel Mom" Laura Wilkerson explained how her son had been brutally murdered by an illegal immigrant. In her emotional account, she demanded sanctuary cities be abolished because "no one gets sanctuary from the law."