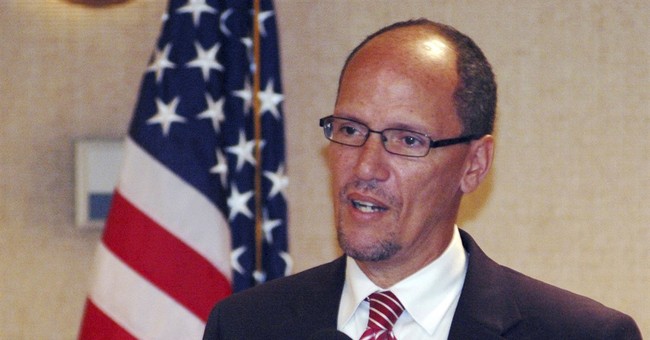 UPDATE: Perez has named his rival Keith Ellison as his deputy chair.

The votes are in, and former Labor Secretary Tom Perez is the new chair for the Democratic National Committee. He wins with 235 votes.

Perez was just one vote short on the first ballot, but secured victory in the second round.

Keith Ellison, who served as Perez's main opponent, receiving 200 votes, divided Democrats during the campaign, with many party members insisting he was too radical to lead the party, considering his former ties to anti-American organizations and weak stance on U.S.-Israeli relations. Harvard Law Professor Alan Dershowitz even threatened to leave the party should he win the nomination. Yet, many progressives insisted Ellison was the only candidate who could truly lead the grassroots movement in the Democratic party.

South Bend, Indiana Mayor Pete Buttigieg dropped out of the race just before the votes were cast.

No matter who won the nomination, Perez said they need to be a united force to fight the current administration.

A united Democratic Party is not only our best hope, it's Donald Trump's worst nightmare. #DNCChair #DNCFuture

Ellison agreed and asked his disappointed supporters to get behind the new chair.

"I am asking you to give everything you've got to support Chairman Perez," he said.

Earlier on Saturday, the committee angered the progressive wing of the party by voting against a ban on corporate lobbying. They appear to be as equally "pleased" with the results of the chair vote.